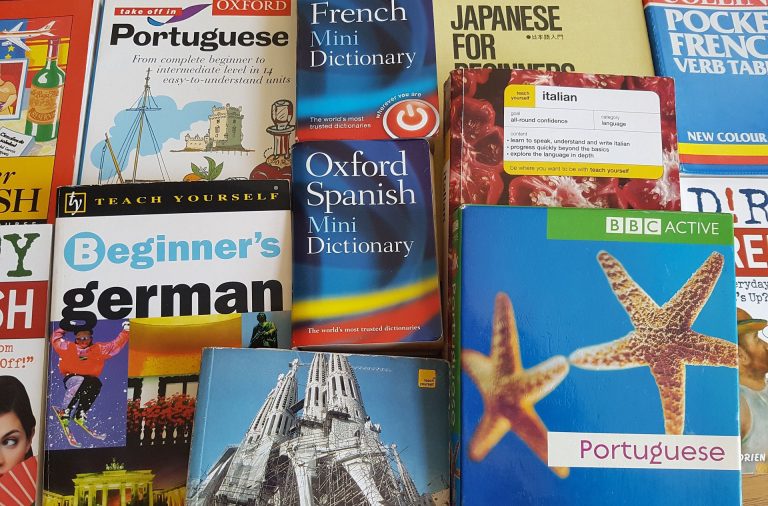 Published in the Spring 2021 Newsletter

As Jennifer Lopez approached the end of her medley of “This Land Is Your Land” and “America the Beautiful” during the 2021 inauguration, she suddenly broke into Spanish: “Una nación bajo Dios, indivisible con justicia y libertad para todos.”  These two lines of the Pledge of Allegiance were followed, to many fans’ delight, by a quick “Let’s get loud!”—the artist’s hit from 2000.

While J. Lo spoke in Spanish, the caption on my computer screen read, “Speaking foreign language.” Heartened though many viewers must have been at the Spanish, many may also have been put off, as I was, by a caption that seemed to negate the entire point of the intervention. Countering J. Lo’s powerful gesture of political inclusivity as she addressed the nation was the automated, mechanistic force of its characterization. While the performance was undoubtedly an important moment of signaling, its immediate framing as an irruption of the foreign, the untranslatable, the unknown—in the form of a language spoken by over fifty million people in the United States—signals the important work yet before us.

If Spanish can still be deemed a foreign language, how much more complex is the situation for the many other languages that English displaces, globally as well as within the United States? The recent online theater piece Read Subtitles Aloud, based on an initial version in Turkish by Onur Karaoglu, re-created in English by Karaoglu and Kathryn Hamilton, offers the illusion of voices meeting on the screen—one prerecorded, one live—as it repurposes subtitles for multiple narrative games. The participatory melodrama, at times reminiscent of Mario Vargas Llosa’s La tía Julia y el escribidor, explores the struggles and power dynamics of transnational collaboration, as the former writer for a theater company decamps to Hollywood. The viewer plays that writer (“X”), reading the scripted subtitles aloud to establish a dialogue with various recorded performers. One key episode, “The Dream,” offers an incisive take on the hierarchies at work in the production and dissemination of culture and their reflection in something as seemingly trivial as subtitles. The English-speaking writer is dreaming, but the dream appears to be in Turkish, and the subtitles register X’s frustration at being shut out of a conversation between the partners and lovers left behind. Viewers with no Turkish share the bracing experience of subtitles that no longer smooth out linguistic difference but instead remind us of our limitations. Read Subtitles Aloud reminds us of the unevenness of multilingualism in a world where all roads lead to English, with no expectation of reciprocity.

As I begin my year as MLA president, I would like to think together about how the association might work to emphasize the centrality of multilingualism to our current condition. Without overlooking the often violent histories of how language and cultures intersect, we must insist on a multiplicity of now—multilingualism not just as vexed history, or unattainable utopia, but as our shared reality.

Linguistic multiplicity is, of necessity, acknowledged at times of national emergency—I think of the COVID-19 Health Literacy Project, launched by a first-year Harvard medical student, Pooja Chandrashekar, which swiftly translated what scant information was available in the pandemic’s first days into over thirty languages. Yet the health emergency was also invoked to prevent international students from coming to the United States or remaining here as their colleges moved to virtual instruction. Increasingly, the financial impact of COVID-19 is offered as the rationale for further cuts to offerings in the humanities, and particularly to language programs, which are taught most effectively in small sections. In the wake of the 2008 recession, there is no more fat to these programs—all cuts now are to the bone.

In this complicated context, the MLA is finding new ways to advocate, on the promotion of language study as on so many other fronts. The Committee on Academic Freedom and Professional Rights and Responsibilities continues its essential work of defending academic freedom and shared governance, particularly as the pandemic is used to justify ignoring these key tenets. At the 2021 Delegate Assembly—conducted virtually thanks to the remarkable efforts of MLA staff members, and with remarkable forbearance from the delegates—we modified our bylaws to add advocacy on professional issues as a central role for the delegates. Our goal is for more active representation throughout the year, as delegates get out the word about MLA priorities and, conversely, convey issues of concern on their campuses to the MLA. The Executive Council’s Task Force on Advocacy and Communication, founded by Judith Butler during her presidency, continues to work on how best to communicate our priorities and support our members in our diverse professional situations and various career paths. I encourage you to take part in these efforts by reading the monthly news digest and following the @MLAnews Twitter account and by sharing association statements, guidelines, and other resources. As we emerge from this difficult period of isolation and loss, I hope the MLA can offer a model of solidarity and collegiality in a world knit together by multilingualism.