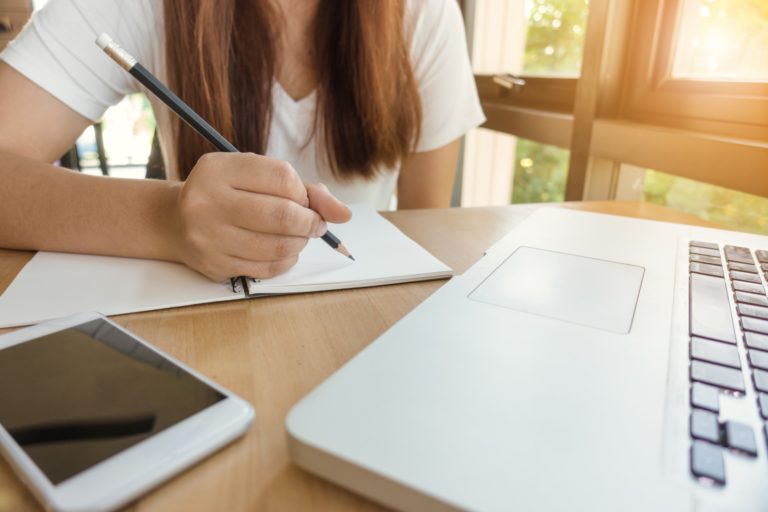 As I left for vacation in July, I tucked A Changing Major: The Report of the 2016–17 ADE Ad Hoc Committee on the English Major into my bag. Not exactly beach reading, I thought, but since my own department slipped from 567 majors in 2012 to 294 in 2018 and is projected to have only 184 majors by 2021, the report felt like a must-read. The Association of Departments of English, a project of the MLA, provides a network for departmental leaders, just as the Association of Departments of Foreign Languages does for chairs of language departments. Both the ADE and the ADFL have long led curricular thinking, and the ADE report on the major is no exception. ADE colleagues scanned departmental Web sites and conducted a survey of ADE-member English departments to create a detailed portrait of English majors.

Sadly, I learned that my department’s drop in majors is not unique. Two-thirds of departments reported lower numbers of majors, and only 8% indicated growth in the number of majors. Revision of the major is common: over 70% of departments have recently revised or are currently revising the major; survey courses are being replaced by distribution requirements; creative writing has become more established; and, surprisingly, few departments have made “digital and media studies visible parts of the major or the curriculum” (20). Tracks (sometimes called concentrations or areas of emphasis), usually programs of courses that account for about half the major, are proliferating. In reading the commentary on this phenomenon, I came across these two sentences:

Where tracks are offered, the most commonly available are literature; creative writing; English education; and rhetoric and composition, technical writing, or a writing concentration that combines various writing specializations under a rubric such as professional writing or writing studies. The number of departments featuring this last option is notable, since it was not a response choice provided on the questionnaire but was written in by respondents.(28)

I was relieved that rhetoric and composition and technical writing had been included in the survey, but I was troubled that writing studies and other terms (language, linguistics, TESOL) had not been included—and proud that colleagues had, like Frederick Douglass, written them into “the spaces left.”1 I was troubled because 65% of my department’s undergraduate enrollment is in writing studies (including first-year writing) and because these omissions connect to a century-old issue in English departments. In 1901, Gertrude Buck, the first woman to receive a PhD in rhetoric and composition, responded to an MLA survey regarding writing’s place in graduate study, noting that literary criticism and rhetoric (today’s writing studies) were “subjects often set in different departments or colleges, and jealously deprecated each by the other” (199).

Today’s specialists in literary criticism, writing studies, and language sometimes engage in deprecations, especially when making decisions about hiring and tenure, graduate admissions, teaching assignments, the ­positioning of first-year writing programs or introductory language courses, and, yes, decisions about the major. In part such deprecations arise from institutional structures and funding patterns that lie beyond departmental control, but they also have roots in a tendency to see words such as literacy and literary, reading and writing, teaching and scholarship, theory and practice in dichotomous rather than mutually constituting terms. I propose that we reconsider some of these dichotomies, and Textual Transactions, my theme for the MLA’s 2019 convention, offers a space to re-vision (in Adrienne Rich’s sense) our theories and our majors. I invite you to engage in textual transactions in Chicago.

A Changing Major: The Report of the 2016–17 ADE Ad Hoc Committee on the English Major. Association of Departments of English, July 2018, ade.mla.org/Changing-Major.