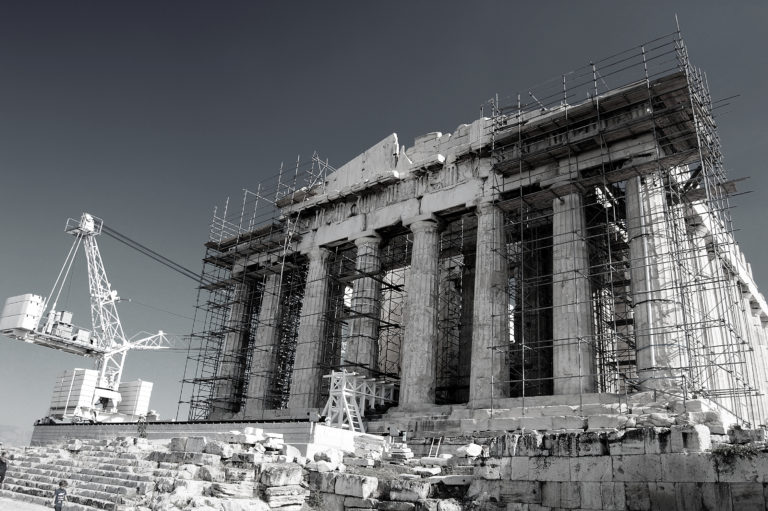 Photo by Razvan A.

[Social dramas consist of] breach, crisis, redress, and either reintegration or recognition of schism. . . . This breach is seen as the expression of a deeper division of interests and loyalties than appears on the surface. . . . The final phase consists . . . in the reintegration of the disturbed social group.

—Victor Turner, “Social Dramas and Stories about Them”

This past year has been difficult and at times heartbreaking. In addition to the attacks on public education throughout the pre-K–12 system, our universities are under siege. The government is pulling back on its obligation to education, as evidenced most recently when Betsy DeVos argued that “we’ve done a disservice to young people for many years by suggesting that the only path to success as adults is through a four-year college or university” (qtd. in Harris). Several campuses have become the scene of intense struggles to define and defend an open democratic space. What, for example, are the limits of free speech and who gets to decide what it means? The human and political costs of these new culture wars are staggering. The images of young white men holding torches and shouting racist and anti-Semitic taunts at the white-supremacist, neo-Nazi rally at the University of Virginia, in Charlottesville, sent shock waves throughout the United States and the world. Shortly thereafter, the current administration targeted our students by rescinding the Deferred Action for Childhood Arrivals program, or DACA. The economic costs are also enormous. The University of California, Berkeley, has allocated $600,000 on security for an on-campus talk by a conservative political commentator (Yudof and Waltzer). The University of Florida spent a comparable amount on security costs surrounding a recent speech by a white supremacist. That money, arguably, could have been spent on financial aid for students and on the creation of more tenure-track faculty lines.

The escalating attacks have been compounded by the increasing devaluation of the humanities by some of our university leaders and administrators. Funding for the humanities dwindles, departments and tenure lines disappear, and precarious teaching positions become the norm as institutions strengthen STEM programs and majors that supposedly lead to jobs. The instrumentalist approach to education does not factor in the changing reality of the workplace—the job we train for today may not be the new kind of work we do tomorrow. Universities need to prepare students to think and express themselves clearly so that they can learn new things and then analyze and resolve challenges in their first, second, and third jobs.

We’re at a watershed moment in our liberal democracy. Are our educational institutions and our professional practices up to the task of defending and promoting the vital role of humanistic dialogue and education?

The MLA has not been exempt from the tensions and conflicts that define our social moment and our profession. Resolution 2017-1, whereby a majority of voting members opted not to endorse the Palestinian Campaign for the Academic and Cultural Boycott of Israel, revealed deep differences of opinion and turned many members against one another and against the MLA. Some argued that the MLA should not boycott academic institutions. Period. Some held to unconditional and nonnegotiable values of free speech. Others felt that the MLA could and should bring pressure to bear on educational systems that participate in oppressive political systems, whether it’s in the Israel-Palestine conflict or in the context of United States institutions that target DACA and international students. Some members felt the MLA should not involve itself in political matters, as if working and debating ideas in the public sphere were not in themselves political activities. The MLA has long provided a space within which these troubling debates and contestations take place.

More disheartening, however, is when our association mirrors the contentious larger public sphere so that we become opponents, antagonists, enemies even, rather than adversaries who can disagree and yet continue to work together. We are never going to agree, not at the MLA, not in the country. As Chantal Mouffe points out, “a well-functioning democracy calls for a confrontation of democratic political positions.” If this confrontation is missing, there’s a danger of its being replaced by “a confrontation of non-negotiable moral values or essentialist forms of identification” (7). The animosity that members feel extends to the institutions in which those debates take place. Social ruptures or breaches, according to the anthropologist Victor Turner, should ideally end in “reintegration” and resolution (149). Yet uneasy resolution, he understood, could provoke a new breach, as we saw with the outcome of Resolution 2017-1. Does the “fault” of the outcome lie with the MLA or with how MLA members, after years of lobbying and debate, decided to vote? After the vote, the Executive Council almost unanimously agreed that the prolonged process contributed, in part, to animosity provoked by the outcome. We are proposing a new decision-making process for members to vote on. When the proposal comes up for review next year, I encourage you to vote on whether these new procedures can help us handle our necessary conflicts less antagonistically.

My modest hope, as I leave the presidency in January, is that we use the size and clout of the MLA, and the spaces for debate the association offers, to focus on those arenas that unite us so that we can intervene in the urgent problems affecting our profession and our constituencies. Such action requires collective effort. And let’s use the MLA Action Network, the OpEd Project workshop at the convention this January, and other tools the organization offers to help us develop our individual and collective skills so that we can more effectively voice our own opinions in the public sphere. There’s a lot to do, and I am heartened by the belief that we are up to the task.