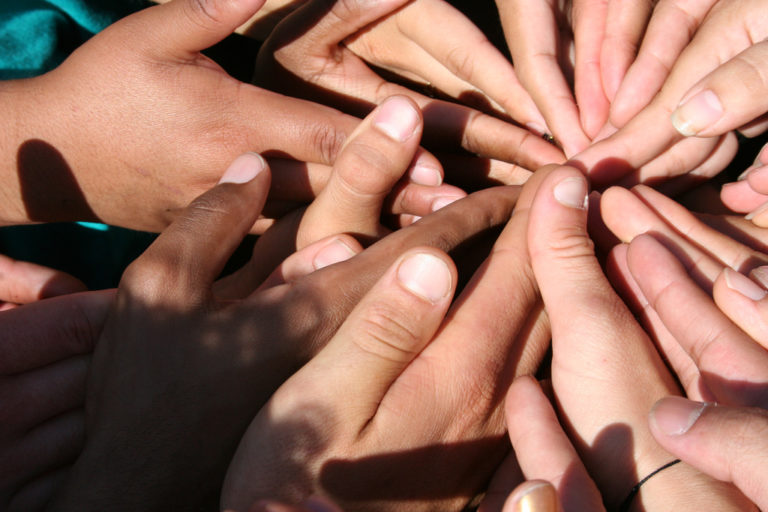 Now is the time to become a WE.

Not a royal WE.

Not a nationalist or populist WE.

But a collective, negotiated WE advocating for the right and the access to a world-class education for all.

As scholars and students in the humanities, we agree on the value of education in a democratic society, even though we have different ideas about how to prioritize and address the challenges that face us. As members of an evidence-based community trained in critical thinking, we recognize that the perennial problems continue to intensify. The humanities are undervalued and underfunded in most areas of educational and public life. Departments of languages and literature are shrinking or being clustered in catchall entities that require less specialization and, thus, fewer faculty members. Not enough public schools offer training in languages other than English, and the “teach to the test” pedagogy means many high school students never read full texts as part of their course work. Our graduate students have trouble finding full-time postsecondary teaching jobs in their areas of study, and adjunctification now seems an existential condition in addition to an acute labor issue we need to fight. Alongside these and related problems, the new United States presidential administration has ushered in a series of positions aimed at the “deconstruction of the administrative state” (in Steve Bannon’s words), including education (Rucker).

Apparent followers of Paul de Man, administration leaders aim to delink speech from meaning, lauding the virtues of education while placing the Department of Education in the hands of a person who has long attacked the public school system. In a move to privatize education through a charter school system, the new secretary of education made it clear: “We must open up the education industry—and let’s not kid ourselves that it isn’t an industry—we must open it up to entrepreneurs and innovators” (Strauss). The president’s budget provides zero funding for the NEH and NEA and the Department of Education’s international education programs. Bills are being proposed to eliminate or cut back on free-lunch programs. DACA students (Deferred Action for Childhood Arrivals), who have until recently been allowed to pursue their educations, are being deported. Other students, faculty members, and guest speakers from abroad have been denied entry into the United States.

The challenges posed to education at all levels are interrelated. WE, as members of the MLA, need to link up strategically to face these threats on several fronts. In addition to the work the MLA can do on a national level, we can participate in our neighborhood schools, go to town hall meetings, contact our legislators, and write op-eds in our local newspapers to advocate support for the humanities, for our schools, and for all students. In our universities, we can campaign actively to increase the number of tenure-track positions and to make sure that our adjuncts have appropriate pay and as much job security and as many professional advancement opportunities as possible. While some of these issues seem beyond our grasp as individuals, by linking up strategically we form a very strong WE. The MLA is currently putting resources in place to help us act individually and as a strategically linked collective (www.mla.org/Advocacy-Initiatives). This is the time to make our voices heard in defense of education and the humanities, together as the MLA and as individual educators and members of the humanities workforce.

Several scholarly organizations across disciplines, like the MLA, are currently discussing the degree to which they should involve themselves in the political debates. Professional standards of behavior have long held that being vocal in the public arena and addressing a general public are to be avoided. Some scholars are understandably reluctant to speak out. Some of us fear we might face ostracism or be passed over for professional advancement. James Hansen, a leading scientist of climate change, was ridiculed, harassed, and arrested for addressing an audience about the human factors contributing to global warming. Now scientists and their allies are marching in Washington on 22 April in support of scientific research and evidence-based policies. The long-observed practice of delinking researchers from the publics affected by their findings does not serve anyone well.

Those of us in the MLA can’t sit on the sidelines while the educational system is being “deconstructed.” The MLA is part of a larger WE, a community of scholars and academics across the spectrum that also understands the need for action. WE can link up with others to pursue broader, shared goals. It is not an exaggeration to say that the future of education in the United States is playing out right now. WE need to have a part in shaping that future.