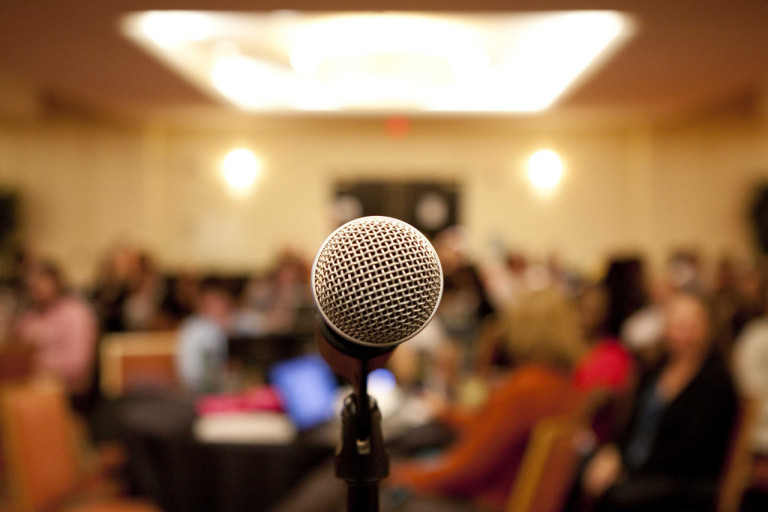 The Modern Language Association of America is a scholarly organization. Is it also a political one? Not in a straightforwardly partisan way: our legal status prohibits us from endorsing candidates for elected office. But on topics that are central to our mission and that we can address in a clear and unified voice, the MLA can make a contribution to the national conversation. Among the issues that the association has been concerned with are the growth of contingent labor and the decline of tenure in higher education; language study as an educational right; and, very broadly, a diminishment in support for the humanities.

I invoked a national conversation, yet composition and literary and cultural studies are transnational enterprises, even if some places speak louder (or, at any rate, are heard better) than others. Your MLA has sought to enrich our transnational connections. This past summer we had our first conference outside North America, with participants from thirty-six countries; it was held in Germany, and it was, in the opinion of this participant, a success. At the same time, the attacks on academic freedom in scores of nations affect all of us, wherever we work.1 The MLA has spoken out recently about the appalling assaults on the academy in Turkey. Especially when we draw on our distinctive professional knowledge and understanding, we can help sustain cultures around the world where free inquiry is respected.

The proper remit of our political engagements, however, has occasioned heated discussion. At our convention this coming January, I’ve been asked to chair a town hall meeting to discuss the question “Should the MLA endorse a boycott of Israeli academic institutions?” We are likely to have related resolutions or motions to debate at the Delegate Assembly. It is evident that the membership is divided on the issue.

I’ve had many conversations and exchanges with advocates and opponents of the academic boycott, and I have been consistently impressed with their seriousness and good will. All are affected by a continuing sense of the tragedy that has overtaken the Palestinians. There is disagreement about how to apportion blame for this among the many parties involved. There is disagreement as to the special status of this tragedy in a world where billions of people lack the basic resources for a decent human life. The question on which MLA members are most deeply divided, however, pertains not to our roles as individual citizens of a country or of the world but to our collective role, as a scholarly association.

Some members believe that this is one of the great moral questions of our time and that the MLA should lay down a marker, whether or not it connects directly with our professional activities. Some think that it does relate to the primary purposes of the association, because the practices of the Israeli state curtail the freedom of Palestinian scholars and students. The relationship between the governments of the United States and Israel gives Americans particular responsibility for Israel’s actions, some say, regardless of whether those actions represent a unique enormity.

Others think it unfair to single out one government and one country in a world full of lamentable injustice, and they point to the infringements on free speech and academic freedom by the Palestinian authorities in the West Bank and in Gaza. Indeed, some have suggested that focusing on Israeli universities suggests that we are not opposed to the policies of other regimes that support universities while doing terrible things. They even ask, with Noam Chomsky, whether, by the logic of the boycott, academic associations around the world should shun American universities, which take money from a government that is Israel’s leading supporter and whose policies, they reckon, have led to the deaths of hundreds of thousands of people over the past few decades in the Middle East.

In the town hall meeting, we will no doubt hear these and other arguments for and against the MLA’s supporting the movement for boycott, divestment, and sanctions (BDS) against Israel. But I have heard specifically institutional considerations, too, raised by members involved in the everyday work of the association.

They ask how pronouncing on this matter will affect issues that are uncontroversially basic to the MLA’s mission. To improve the situation of language study, for example, we must influence public opinion—addressing politicians and university trustees and administrators, parents and students, and the wider citizenry. These members wonder whether adopting a position on a contentious issue about which we are divided could weaken our capacity to accomplish such goals. They wonder about effects on the external funding, public and private, we need to advance our work.

Finally, some members have expressed concern about how the MLA’s collective voice is represented. If passed by the Delegate Assembly, a resolution can be ratified by a majority vote representing the support of just ten percent of our members. Is this percentage sufficient to present a ratified resolution as the consensus view of the Modern Language Association? A gesture of solidarity produced in the face of deep division, some members argue, may entrench and exacerbate that division. In their view, it thus risks being a self-undermining performance.

In the light of such concerns and complexities, I have asked the MLA Executive Council to convene a special working group charged with clarifying procedures for speaking out publicly on issues, reviewing current practices, and making recommendations for change. In what sense is this scholarly association also a political one? In a sense that is always to be negotiated and renegotiated. Inasmuch as politics is a rendezvous of interest, principle, and pragmatism, there is invariably a politics to staking out a “politics.” While the working group deliberates, though, let me say a word for that least glamorous of virtues, comity. Where we are not united, we can at least proceed with respect for those with whom we take issue. A regard for the past, present, and future of the MLA requires a shared culture—call it a political culture—that sustains us when we do not agree and enables us to work together when we do.