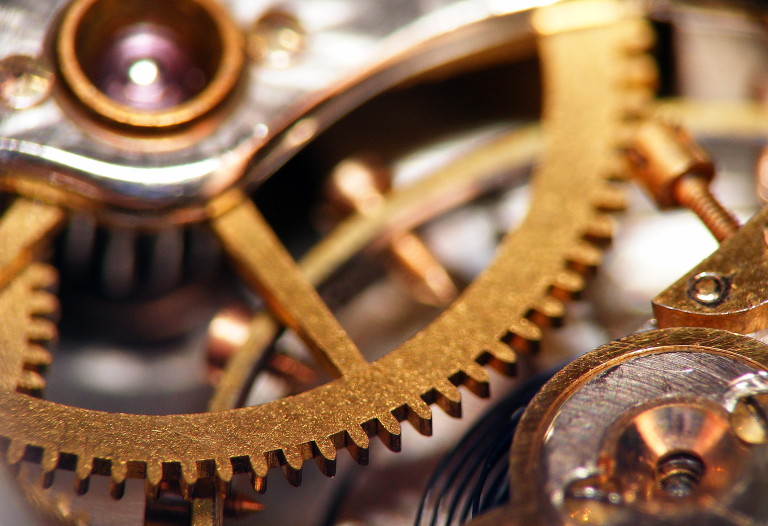 Ghosts in the Machine

As members know by now, Rosemary Feal, our executive director since 2002, announced in February that she will be leaving us next year. With characteristic thoughtfulness, she is giving us the time we need in the formidable task of finding a worthy successor. The Executive Council, which has the final decision, will be advised by a search committee that I will chair.

In thinking about the role that Rosemary has played over these years, I was reminded of a phrase from James Russell Lowell, a poet, teacher, and critic whose memory we celebrate annually with a prize for a book by an MLA member. “It really seemed as if we had invented a machine that would go of itself,” Lowell said of the United States Constitution. A machine that would go of itself: the reason Michael Kammen took this fine formulation as the title for his 1986 book on American political culture was that, as Lowell sought to warn his compatriots, the metaphor was so dramatically wrong. As the debates over choosing the successor for Justice Scalia have reminded us, the Constitution, like all systems of rules, depends on the individual human beings who strive to live by it. So, too, with us. For all the institutional arrangements—the constitution, the bylaws—that govern the life of the MLA, it is, in the end, the members and the staff who make our association work. And nobody over the last decade and a half has done more than Rosemary to make our machine go.

In these first years of the new millennium, we have seen extraordinary changes, such as the dramatic growth of the academic precariat, the decline in humanities enrollments, the rise of the digital humanities, the explosion of social media. Rosemary and a distinguished succession of presidents and Executive Councils—in dialogue with members and the many committees of the association on which our members do such valuable service—have worked to respond to such challenges. In 2002, if you had looked at our Web site, you would have found no Committee on Contingent Labor, no Professional Practices for Non-Tenure-Track Faculty Members, no MLA Commons, no Connected Academics, no Academic Workforce Data Center, no best practices for improving the situation for graduate students in languages and literatures, no Language Enrollment Database, no ADFL-MLA Language Consultancy Service, no map of the three hundred or so languages in daily use in our country. All these efforts, Rosemary would rightly insist, are the work of many. But we should be clear that all bear her mark. And none of these efforts are self-propelling.

Machines, after all, are invented and used by human beings. Even in the era of big data, the same holds for our scholarly work. Take the digital humanities. One of my favorite DH projects is Stanford University’s Mapping the Republic of Letters, which allows one to visualize and explore the networks that were, as the site puts it, “the lifelines of learning, from the age of Erasmus to the age of Franklin.” This project, led by Paula Findlen and Dan Edelstein, is itself the product of a great network of scholars in many countries. As you ponder the significance of the fact that d’Alembert’s main correspondence was with Voltaire, the Italian astronomer and mathematician Joseph-Louis Lagrange (né Lagrangia), and the Prussian ruler Frederick the Great or review the overlap between the correspondence of Voltaire and Ben Franklin, you are drawn into wanting to look at some of their actual letters and drawn further into exploring their complex meanings. The digital platforms and strategies developed for this project bring together three groups of people across time and space: the humanists who created them, the humanists from the past who wrote the letters, and the humanist readers today. In the end, these digital tools are in the service of the oldest of humanistic impulses: interpretation. However digitally enabled, the study of literature is not a machine that would go of itself.

Nor, of course, are our institutions of higher education. Two traditions will, I think, need defending and revivifying in the years ahead. One is the practice of faculty governance, a tradition that goes back to the foundation of the European university. Too many of the decisions that have reshaped the work of college teachers in the humanities over the past few decades have involved too little faculty consultation. In trying to establish the right balance between our role as scholars and our role in the management of our institutions, we may find ourselves drawing on a more modern institution—one that developed in the late eighteenth century in England and took off in the nineteenth—and that is the trade union. One challenge that the MLA is well placed to take up is to help graduate students and faculty members, both on and off the tenure track, understand the pros and cons of unionization in diverse institutional environments and in states with widely varying labor laws.

In defending both our work and the conditions of our work, we are doing what the MLA, like the other learned societies, was doing long before Rosemary became our executive director, but she will leave us wonderfully well-prepared to continue this dual mission.

Kammen, Michael. A Machine That Would Go of Itself. New York: Knopf, 1986. Print.