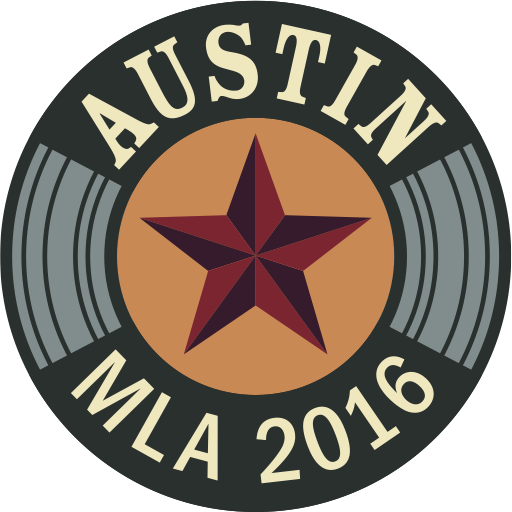 Literature and Its Publics: Past, Present, and Future

Are you ready to go public? When we convene in Austin on 7 January, we will experience all the familiar elements that make an MLA convention an intellectually rich, sometimes overwhelming event: more panels speaking to our interests than anyone could ever attend, meetings of allied organizations, and the informal encounters that can change minds or careers. But I hope you will also join us in conversations about the presidential theme, Literature and Its Publics: Past, Present, and Future. In selecting the theme, I meant to provoke reflection on one of the most salient problems in our common discipline.

What is the public life of literature—and of film, digital media, rhetoric, and other kinds of texts?

In framing this kind of question, I want to evoke both the past offices of literature within the general culture—including its reception, its political engagements, and its translation into other media—and the conditions of the present. Some of our members believe that literature’s cultural force has diminished, whereas others, like me, think that its place in the general culture is continually under negotiation and that nostalgia for an imagined past has little value as we negotiate in our complicated moment. Some have no use for the term literature at all, seeing it as a spent institution with little relevance to a world in which everyone can produce art but few read deeply and disinterestedly.

I mean to invite conversation about the future too. When I attended my first convention in Los Angeles in 1982, there was little reason to think that our profession would be drastically different thirty-some years later, except for the concern (then as now) over a shrinking job market. Now in an era of new technologies and troubling forces in our industry, we are obliged to consider who our students will be in another ten or twenty years and how we will educate them. Who will read literary and other works as well as our analysis of them? Disciplinary custom and inertia can often mask the urgency of these questions, about which I’ve written elsewhere.1 To me, one of the values of a big tent like the MLA convention is the exchange of views across the breadth of our common discipline and the chance to see the horizon together. We’ll take stock at the Presidential Plenary on Friday morning, 8 January, featuring Bruce Holsinger, Albert Russell Ascoli, Deidre Lynch, Ato Quayson, and Marjorie Perloff, and at many more sessions throughout the convention.

From editing to translation to evaluation, MLA members enact all the roles that bring literary works to their publics. We make informed readers and teach those readers to respond in clear writing. And at every stage, we interpret. In fact, the public act of interpretation is something like a subtheme of the 2016 convention. On Friday afternoon we will hear the Irish novelist and critic Colm Tóibín discuss how his interpretation of other writers (most recently, Elizabeth Bishop) informs his fiction, and on Saturday afternoon three interpreters from other disciplines—the historian Jo Guldi, the NEH Chairman William “Bro” Adams, and the United States Supreme Court Justice Stephen Breyer—will consider how interpretive acts contribute to public discourse, comparing history, public humanities, and law with the interpretation of literature.

The 328 sessions that engage with the convention theme (out of nearly 850) run across a wide spectrum of topics, methods, and, of course, languages, from “Reading Sor Juana Inés de la Cruz and Her Publics” to “The Public Jane Austen in Austin; or, How to Keep Austen Weird” to “Charlie Hebdo and Its Publics,” “‘Prison Literature’ and Its Publics,” and “Disrupting the Digital Humanities: New Radical Publics.”

The intellectual work of making literature public is inseparable from the conditions of the academic workforce, in which the tenure-track professoriat is being replaced by contingent faculty members who often lack employment security, pedagogical resources, or the occasions for intellectual renewal that make for fresh interpretation. This is the most urgent public issue we face: how to bring our tenure-track and adjunct members together with our allies in the interpretive humanities, students, parents, and the public to challenge exploitative conditions, as in the MLA’s Action for Allies project. Our sense of the value of literary and humanistic study will scarcely register without a corresponding strategy for resisting the hollowing of public education and the disinvestment from the public good. The MLA does this work every day, but the convention in Austin will be a site for assessing our approach to these challenges, as individual members and as a scholarly association.

Since these intellectual and professional matters are closely braided together, I hope the conversation in Austin will move fluidly between them. Not only is the public watching us—at least in the journalistic coverage that follows every MLA convention—but, as many of us know from experience, often the discoveries we make when we convene quickly become part of the public work of our teaching, research, and institutional service.

I look forward to seeing and hearing you in Austin.